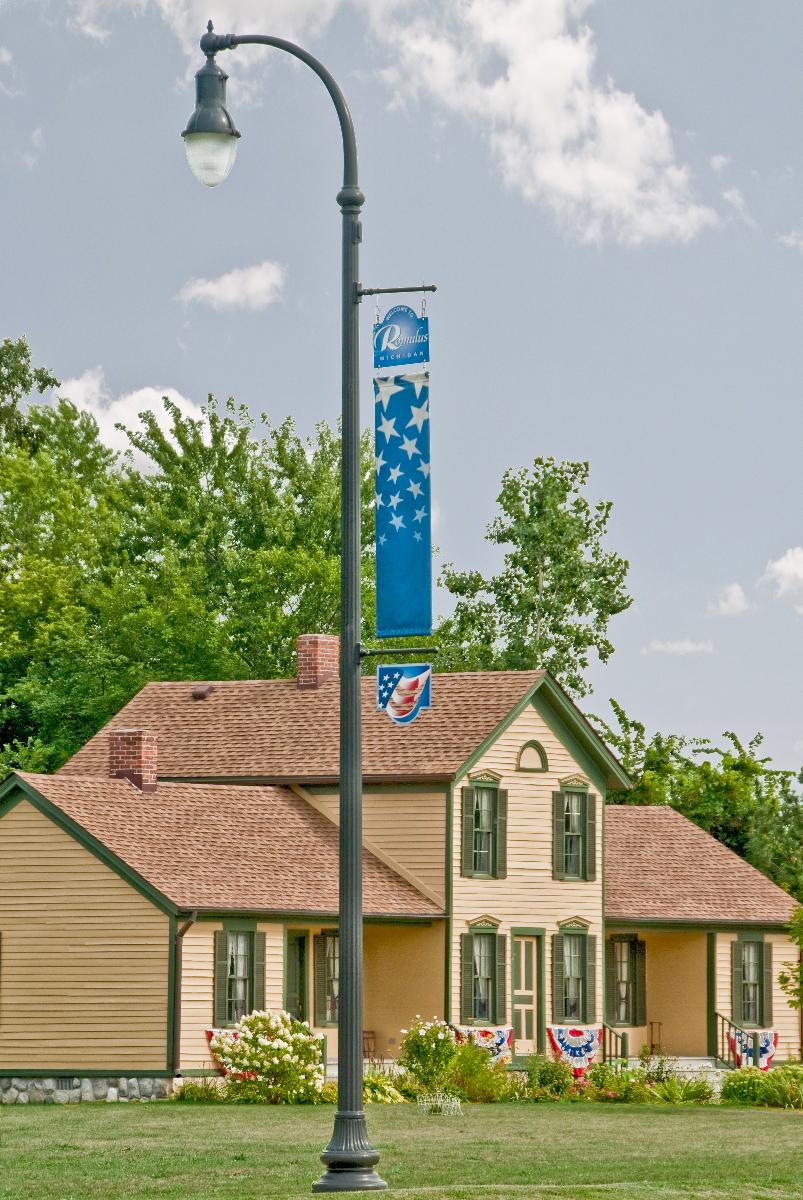 Residents of Romulus are dedicated to preserving the area's rich history. Members of the Historical Society conduct a variety of special programs, celebrations, and events throughout the year to commemorate the town's pioneering settlers.

The Romulus Historical Park is set in the center of downtown on Hunt Street and demonstrates the community's commitment to blending the old with the new.

This charming district includes a historical museum located in the town's original schoolhouse, restored Kingsley House, 1923 Monitor Windmill, Wabash Freight building, and caboose, as well as a spacious park, gazebo, and pavilion available to reserve for private parties and events.

The Romulus Historical Museum is located in the area's first one-room schoolhouse. Built in 1839, it now houses local artifacts, documents, photos, and a collection of Romulus High School yearbooks. 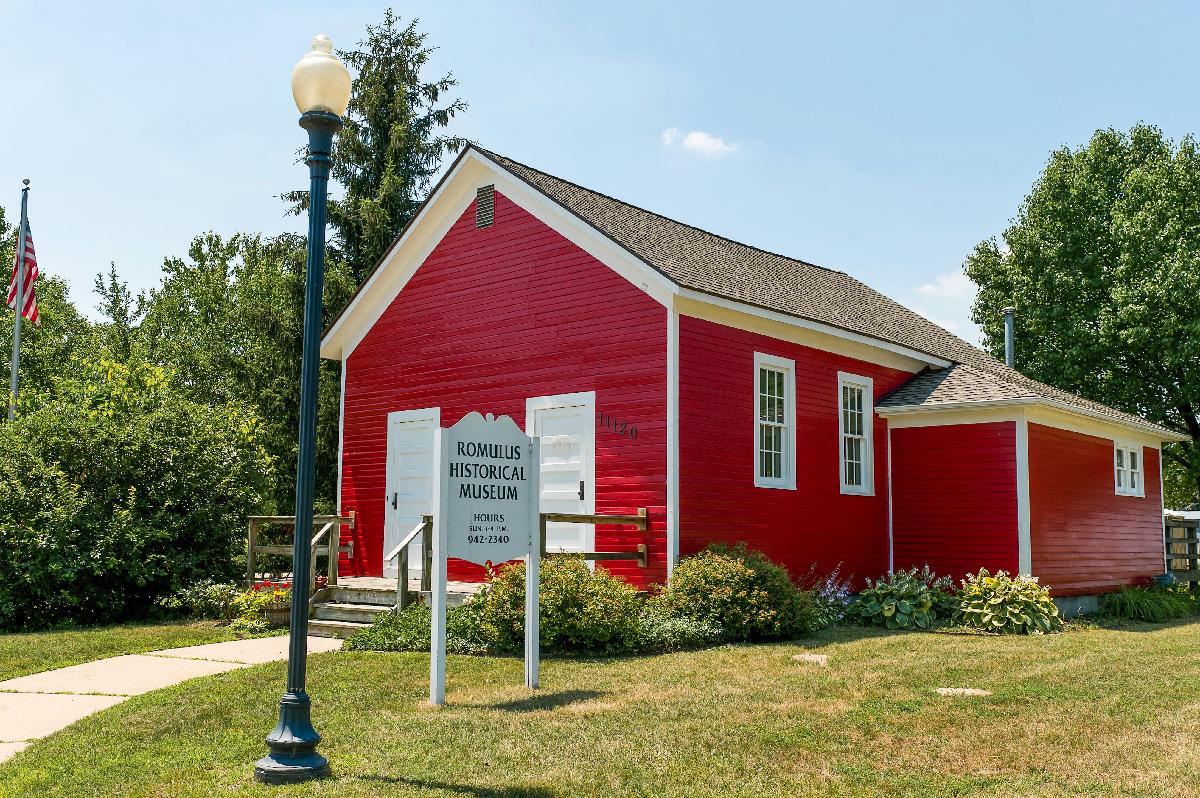 Kingsley House demonstrates how the area's earliest families lived during the 19th century. Built in 1855, this preserved home offers a glimpse into the past and features some original artifacts, furnishings, household tools, and kitchen

Areas of Special Interest: The Romulus Historical Archives contain a few special topics of interest, especially to local genealogists. In the archives, there is written evidence for local ties to the Civil War, featuring civil war diaries, the Underground Railroad with physical and written evidence as well as the timeline for many of the first African-American families to live in Romulus. 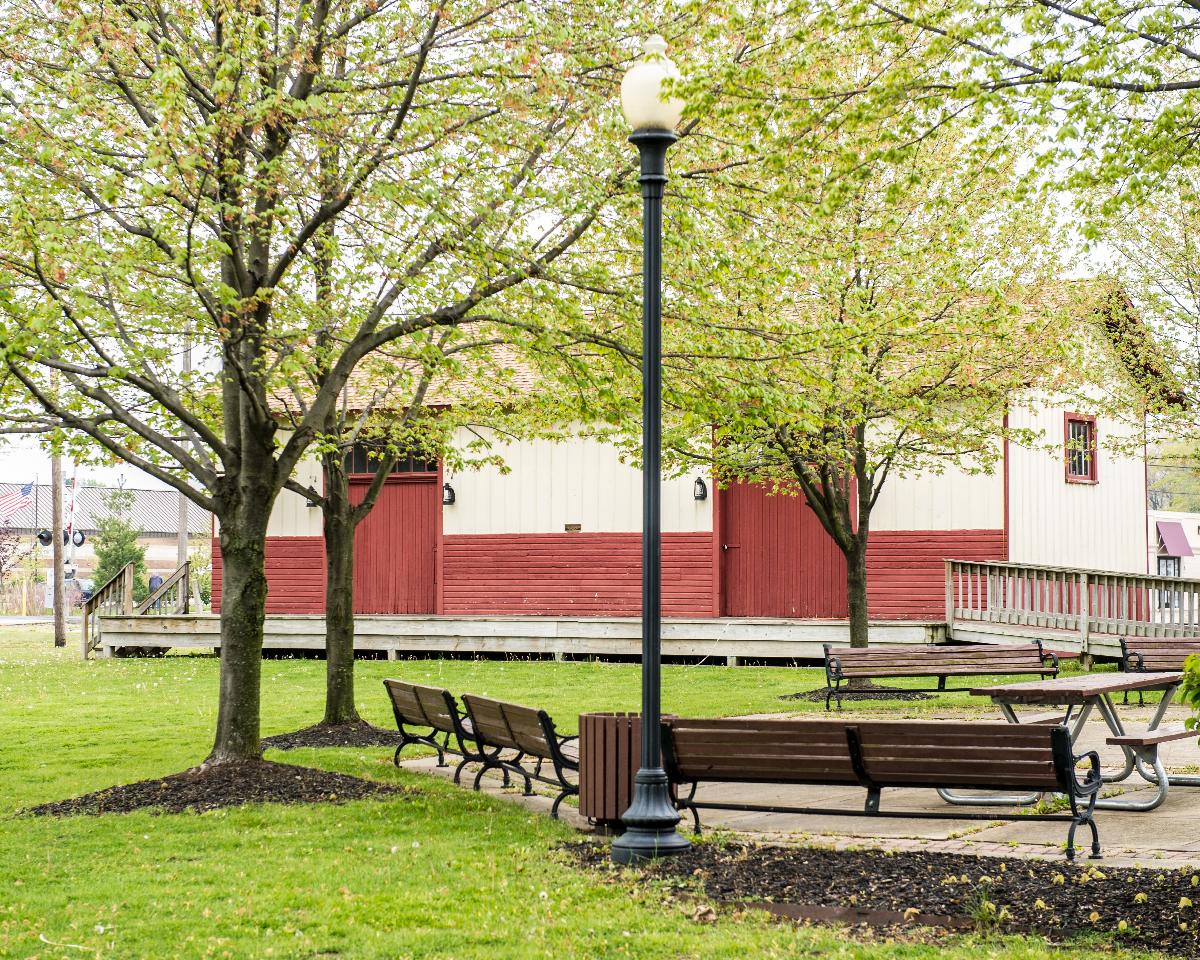 ht House was built around the turn of the century (1900). It stood on a wye of track that connected the old Wabash and Pere Marquette lines. The track lines, and their intersections, do still exist today in Romulus and are now the Norfolk Southern and CSX lines. 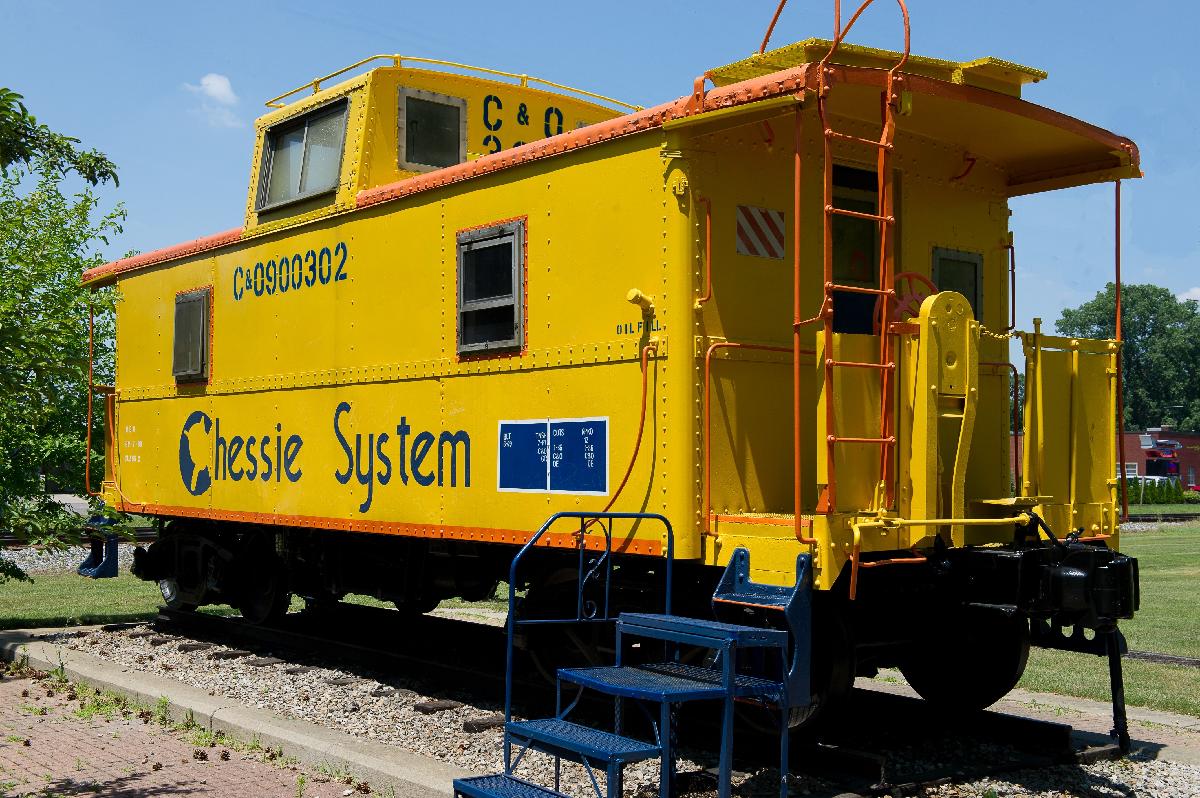 Township. In 1970, Tutt Mach moved the windmill to his home in Romulus. He donated it to the Romulus Historical Society in 1986. Sheldon Chandler took on the restoration project and it was completed on May 4, 2004, with the help of numerous volunteers.

The caboose, originally built in 1949, was retired by CSX and donated to the City of Romulus. It was placed on a set of tracks in the Romulus Historical Park.